In discussion with Rowan Nowell, Designer at James Cropper’s COLOURFORM™ 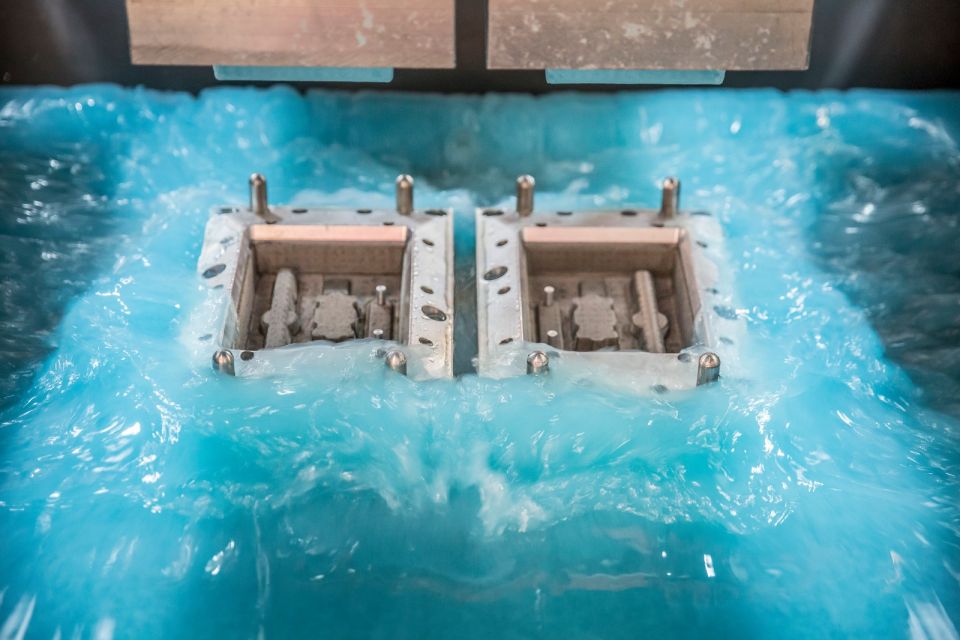 Moulded fibre is an application of paper which is now pushing design boundaries across industries, from hospitality and packaging to interiors. But what can really be created from paper fibre and a bit of water? How can aesthetic appeal and functionality be drawn from what the layman might identify as papier-mâché?

Standard paper converting processes such as corrugating, folding box manufacture, rigid box manufacture and tube making are all part of the repertoire for paper packaging, however, the most well-known moulded fibre product is likely egg boxes or packaging for fruit. This functional piece of packaging protects the product and is a large part of what moulded fibre is used for today. But, what are the real capabilities from a design perspective? The answer is…they are endless. 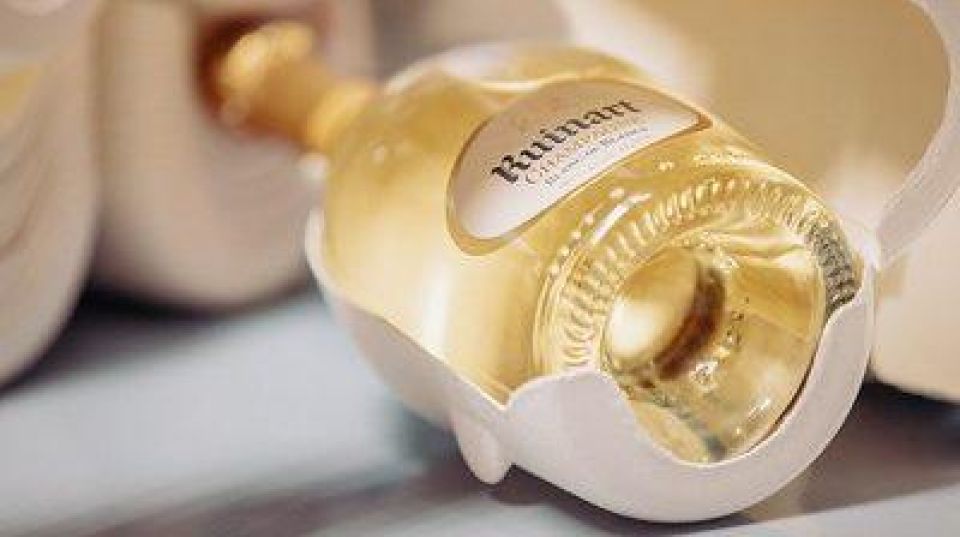 The material is used for disposable plant pots which degrade to serve as a fertiliser after the contents have been planted; it has replaced plastic-based cutlery for food on-the-go and we have even seen moulded fibre paper waste used as a construction material in furniture design. An example of the latter is Dutch designer Tim Teven, who created shelves, benches, tables, and stools from moulded fibre.

Here, at our home in the Lake District, COLOURFORM™ is a thermoformed, plastic-free, moulded fibre packaging solution, and it has been a part of the story for some of the most disruptive brands in their markets. A great example is champagne packaging for Maison Ruinart. Following two years of research and design, we worked with Pusterla 1880, to create a packaging solution that completely reimaged the traditional champagne box. Wrapping around the champagne bottle like a second skin, it accentuates the distinctive silhouette of Ruinart’s product, rather than hiding it away. 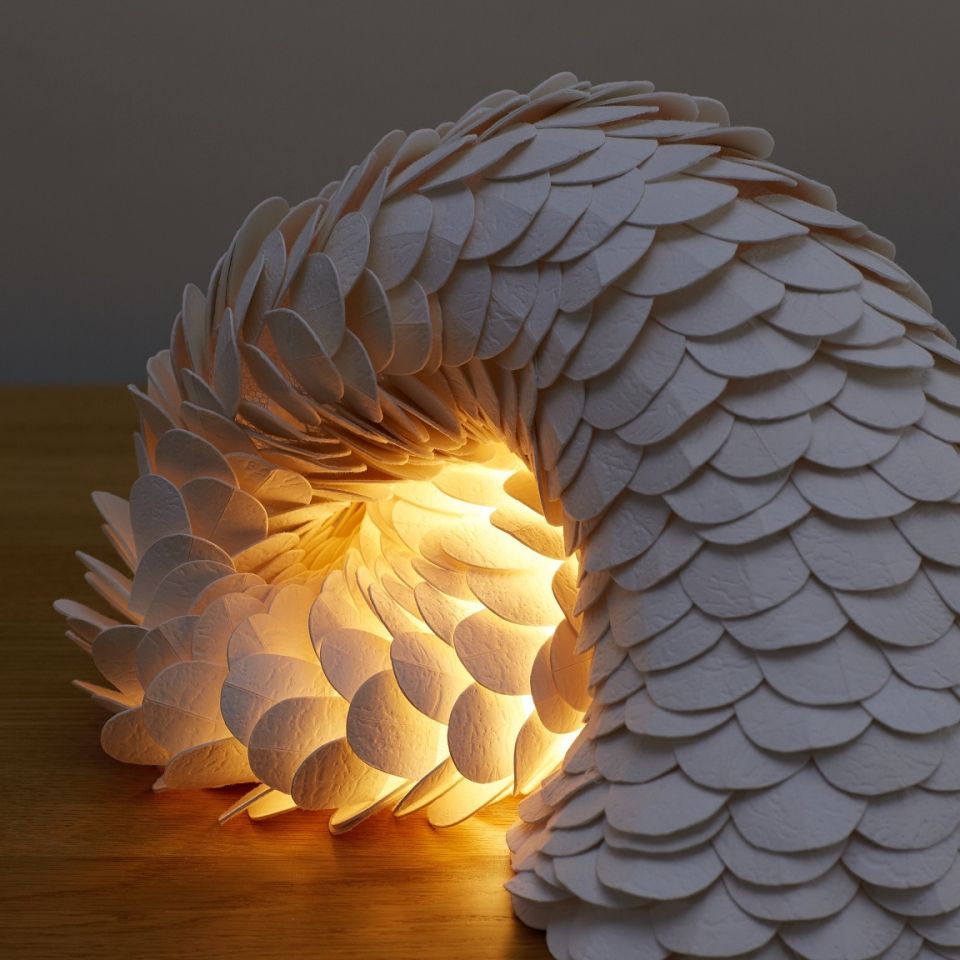 The subtly textured white surface is incredibly tactile, and while it protects the champagne from light-strike, it also embodies the tradition at fine-dining restaurants of serving the champagne wrapped in a white serviette. Not only that, but the ‘second skin’ casing is nine times lighter than the existing box and reduces the carbon footprint by 60%, compared to the previous generation of Ruinart boxes.

Further demonstrating the limitless appeal of moulded fibre as a material, Maison Ruinart invited paper designer Anne-Charlotte Saliba to demonstrate her artistic craftmanship, as part of the Ruinart Studio upcycling art project. Inspired by the wide exploratory field offered by paper and how it plays with light, the French designer meticulously worked to sculpt the second skin case. Her creativity and vision saw the case upcycled and transformed into a beautifully crafted night-light. Now known as the ‘third skin’, this piece of artistry has given COLOURFORM’s game-changing packaging creation a new lifetime use.

While moulded fibre is being embraced by heritage brands in the luxury space it is also being used by challenger brands as part of their eco-design story. In an industry first, Mondays, is the only period product subscription service to be 100% plastic-free; from product through to packaging. COLOURFORM delivered a premium solution unlike anything the market had seen before; free from plastic with bathroom-shelf-appeal.

The thing that all of these applications of moulded fibre have in common is their anchoring in eco-design. Paper is sustainable by design. With the product cycle for paper encompassing renewable resources and recycling after use, paper truly embraces the principles of the circular economy. Its natural affinity to eco-design is a large part of why the design community is now looking to push the boundaries once again. It is also the reason behind the creation of our COLOURFORM innovation. 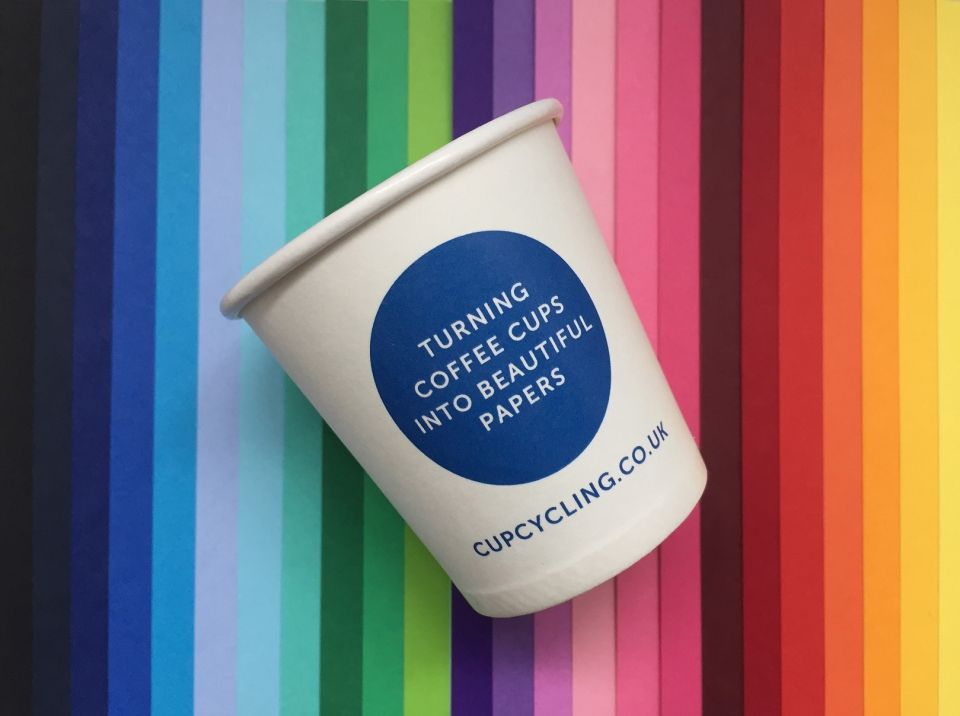 Not only is it possible to use reclaimed fibre within the pulp mix for moulded fibre products, it is possible to create mono-material packaging and objects which are easier to recycle than products made from a variety of materials. Packaging which uses multiple materials has been the norm, but increasingly, brands are looking to switch to mono-materials.

With increasing legislative and consumer pressure on brands to do more for the environment when it comes to paper and packaging; driving forest growth and biodiversity and giving waste fibre a second life and creating products which can easily contribute to the circular economy are great stories to tell.

We use 100% natural renewable wood fibres from sustainably managed forests, or high-quality recycled fibres from our own world-class reclaimed fibre plant, CupCycling, giving new life to waste from a variety of sources including used coffee cups. 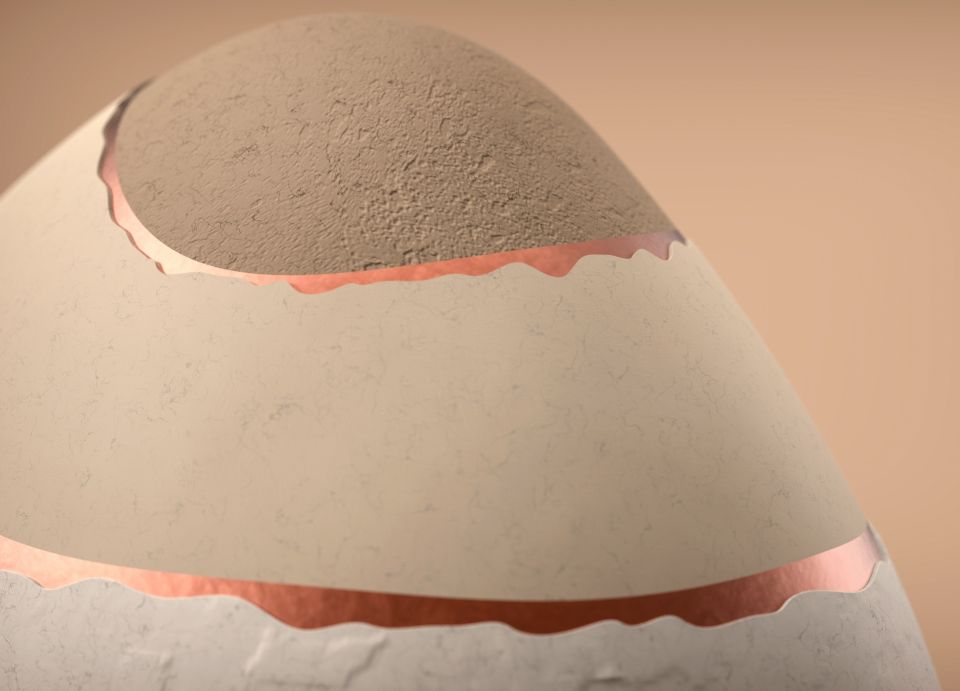 Available directly to brands, COLOURFORM specifically meets the needs of premium brands who want a responsible solution with no compromise on a premium consumer experience. It is easily recyclable in the paper waste stream and is available in customised shapes, colours and textures.

The technology behind COLOURFORM allows it to challenge conventional packaging shapes and integrate a wide range of sophisticated functionality and features, including hinges and clasps for inner and outer packaging.

Precision embossing and meshing capabilities, built in patterns, imagery and typography can all be included in design which contribute to the brand narrative. Signature colours can also be protected with our industry-leading colour matching expertise, all available in the on-site colour lab.

Even outside of the packaging world, moulded fibre delivers on eco-design, aesthetic appeal and functionality, making the possibilities endless.