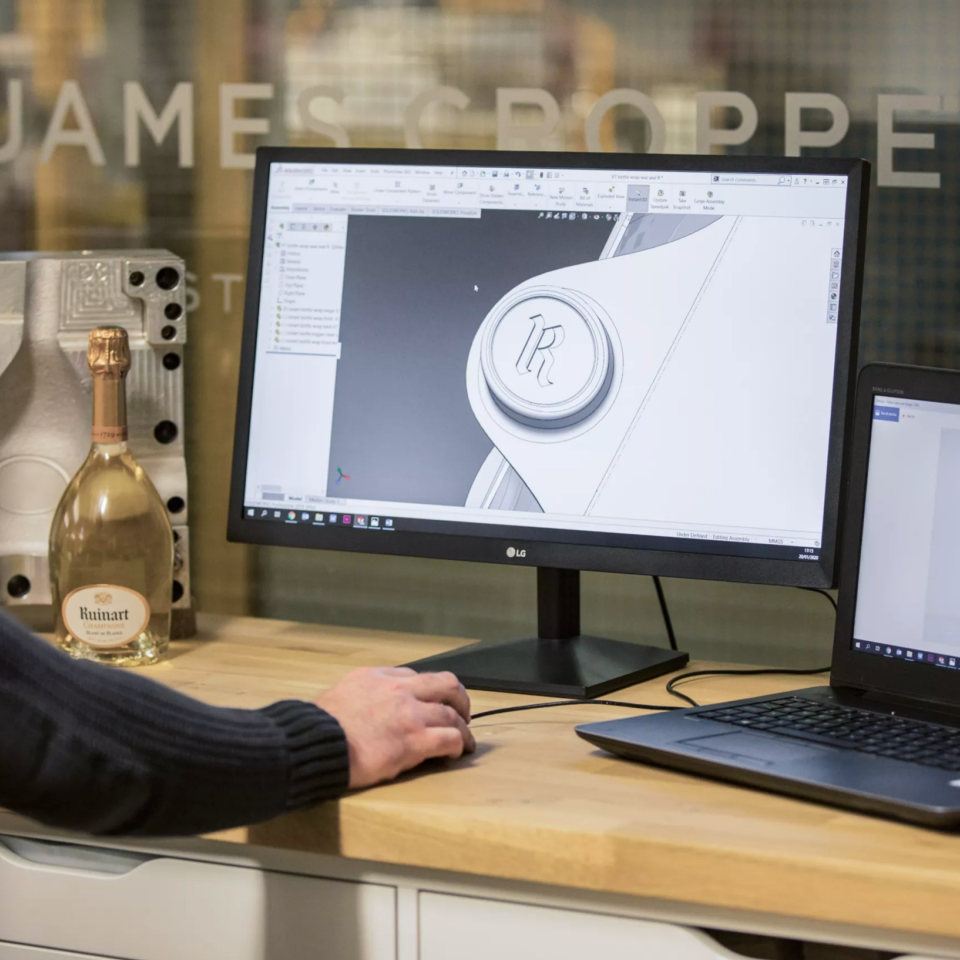 COLOURFORM is a renewable and recyclable packaging solution that's the latest innovation from James Cropper – a pioneering papermaking company founded in 1845 in Cumbria, where the company is still based today. The COLOURFORM design team worked with Pusterla 1880 to develop sustainable, minimal packaging for Ruinart's champagne, titled Second Skin. Made from recycled fibrous pulp, the papier-mâché-like white mould envelopes Ruinart’s iconic silhouette, protecting the contents from UV rays and providing an elegant solution to packaging. The design has won countless accolades, and picked up two Pencils at this year’s D&AD awards – including a Yellow in Luxury Packaging Design.


Rowan Nowell, the Lead Designer on the project, and Richard Dancy, the Brand Manager at COLOURFORM talk about sustainability, the future of packaging, and the processes involved in the creation of the product.

"There’s more focus than ever on sustainable packaging, which is encouraging a shift away from the extravagant, gratuitous containers of old – so often made from plastics or other non-recyclable material – and towards a more planet-friendly future. Throughout their long history, Ruinart have made a name for themselves as being incredibly innovative. With Second Skin, they’ve set the standard – that’s how much they’ve disrupted the market. It’s making other gift boxes look a bit too over the top."

Richard Dancy, explains how packaging is the perfect vehicle for continuing the brand story 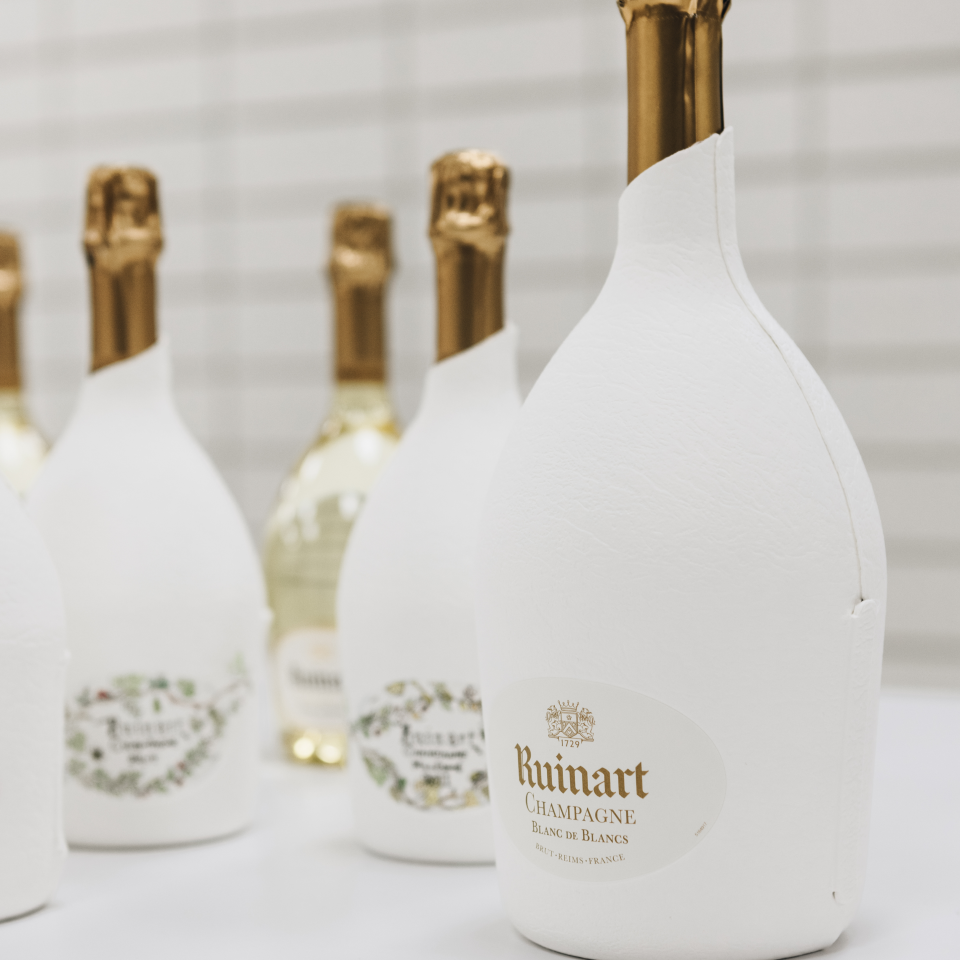 Ruinart has been producing champagne since 1729, making it the oldest established champagne house in the world. Much of the business’s success is down to the little quirks of production, such as champagne being stored in chalk cellars, or crayères. COLOURFORM™ was keen to reflect this production process in the final packaging. The Ruinart cellars keep the champagne at the perfect temperature – it’s a big part of how Ruinart stores its bottles. We tried to bring through that story in the look and feel of the packaging, and literally put that process into their customer’s hands.


The team at COLOURFORM™ understands that the outer shell is usually the first thing people see or touch, and in a saturated market it’s important that it instantly conveys a brand’s ethos, history, or spirit.

"The future of design will increasingly be about telling your story through the packaging. Whether that be with your brand colour; or your brand texture; or the process of creating the product. COLOURFORM™’s circular nature even means that a product could live on, and be re-used in the packaging process. There might be a certain process that a company uses that creates a waste byproduct – we could then use that byproduct as pulp in the packaging." 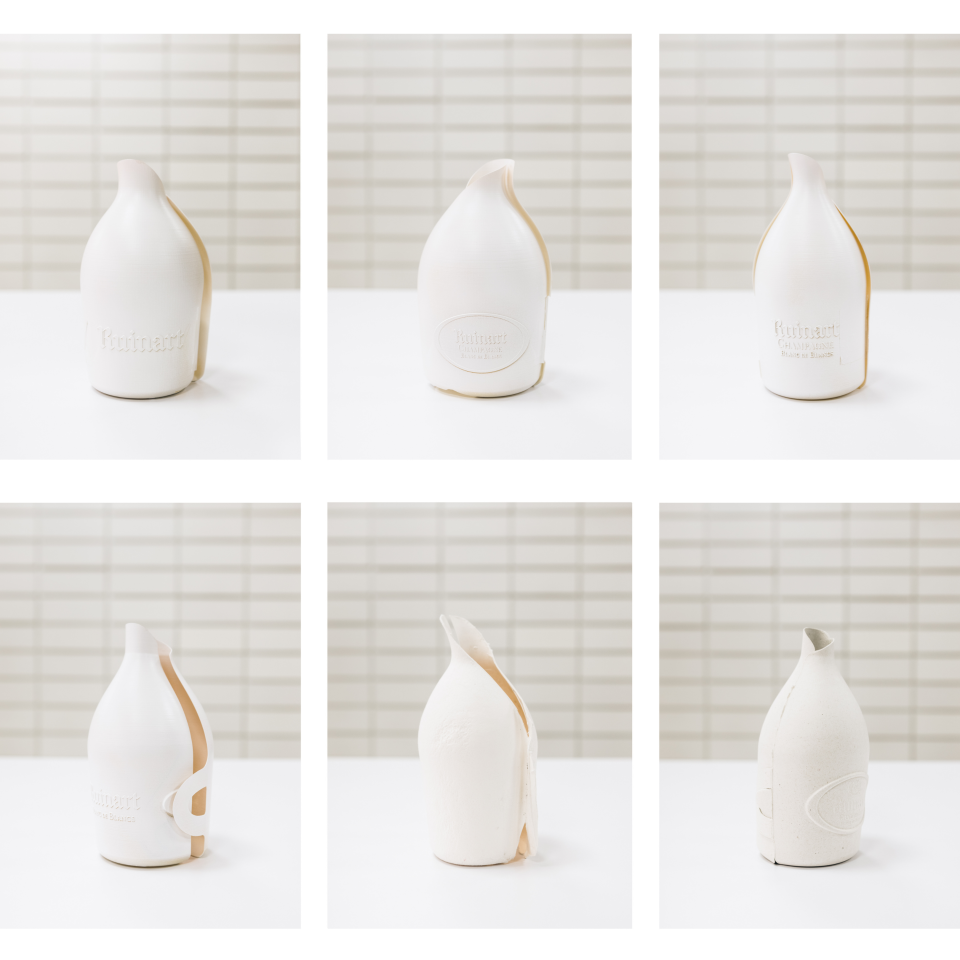 Sustainable thinking is at the very core of COLOURFORM™, which uses fresh and repurposed fibres to create artful and fully recyclable packaging. And because it permeates every aspect of the business, the COLOURFORM™ team can really focus on adding value to a product through design, knowing that whatever they produce will lighten the load on the environment.

From COLOURFORM™ 's perspective we don’t want the client to compromise on design. We’re always trying to add part of the story, and use the pulp to its strengths. We just create the best design possible, and the sustainability part, from our perspective, is already sorted.

The team at COLOURFORM™ went through seven different prototypes of Ruinart Second Skin before arriving at the final design. One of the big features of the packaging is its clasp, which fastens with a satisfying click – “a bit like when you close a car door” – and was an aspect that the team at Ruinart was keen to get absolutely right.

They spent a lot of time looking at the clasp, this touch point. It might be someone’s first interaction with the Ruinart brand, so they wanted it to be really positive. The design had to get the branding on there, but not at the expense of its sleek function. The click was really important for them. It was really challenging for us, but we really like being challenged.

There’s nothing worse than feeling like there’s a little bit more to go in a project, but the customer goes ‘great, that’s fine, we’ll take it like that’. Ruinart kept pushing us back and saying, ‘okay, this is great, but we want it even better’. Seven clasps later, and COLOURFORM™ found the perfect design.