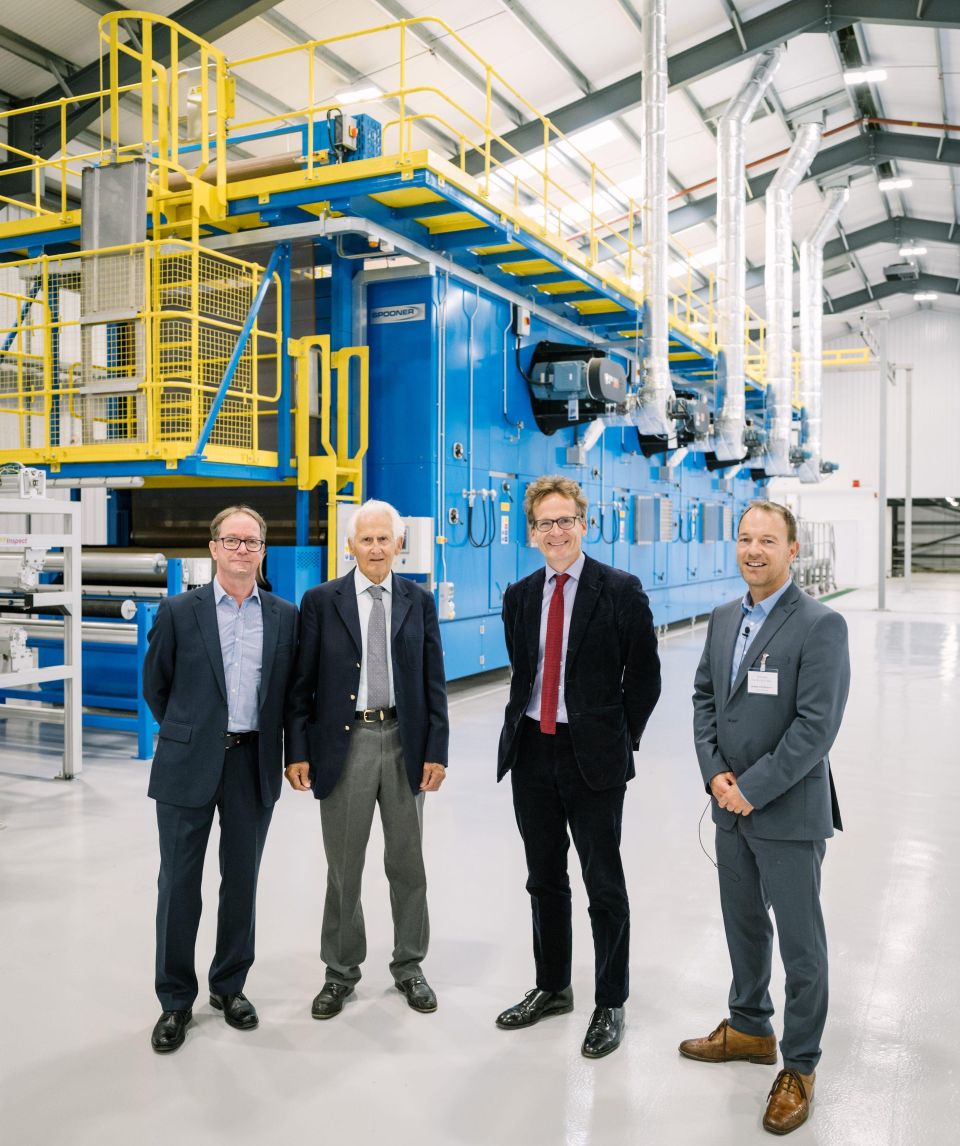 The new line was formally opened by Mark Cropper, Chairman of TFP’s parent company James Cropper PLC, on Wednesday 28th July alongside Martin Thompson, Managing Director of TFP, Phil Wild, CEO of James Cropper PLC and Sir James Cropper, Honorary President of James Cropper PLC. Commissioning of the new line will start soon and this project represents a significant financial investment for the company, with new infrastructure installed to house the line and extended warehousing to support the increase in product and raw materials. The expansion also follows an already significant capacity increase in 2015.

“This new production line delivers another significant capacity increase for TFP, which is necessary to meet rapidly increasing demand for our nonwovens in markets such as fuel cells and defence, as well as facilitating delivery of the company’s successful growth strategy. The opening of the line is the latest exciting step in TFP’s growth, which has also included the acquisition of TFP Hydrogen Products Ltd (formerly PV3 Technologies Ltd) in January this year to expand our product portfolio and knowledge base in hydrogen technologies.”

TFP is a successful knowledge based manufacturing company specialising in developing advanced nonwovens and other related materials for highly technical and challenging applications. The company’s advanced nonwovens provide innovative solutions across a number of growth industries such as hydrogen fuel cells, aerospace, defence and wind energy. These materials are used extensively in a multi-functional capacity in advanced composites, playing a crucial role in facilitating the light weighting of the wind turbines and electric vehicles (EV) as well as commercial and defence aircraft.

TFP is a global company, exporting its nonwovens worldwide. It uses unique wet-laid nonwoven technology developed from the papermaking processes used by us its parent company. We are globally renowned for luxury packaging papers as well as its latest sustainable initiatives, these include Cup Cycling™ - the upcycling of take-away paper coffee cups into luxury papers & packaging, and Colourform™- an innovative new range of renewable and recyclable moulded fibre packaging.

To find out more about TFP’s innovative advanced nonwovens and their applications.