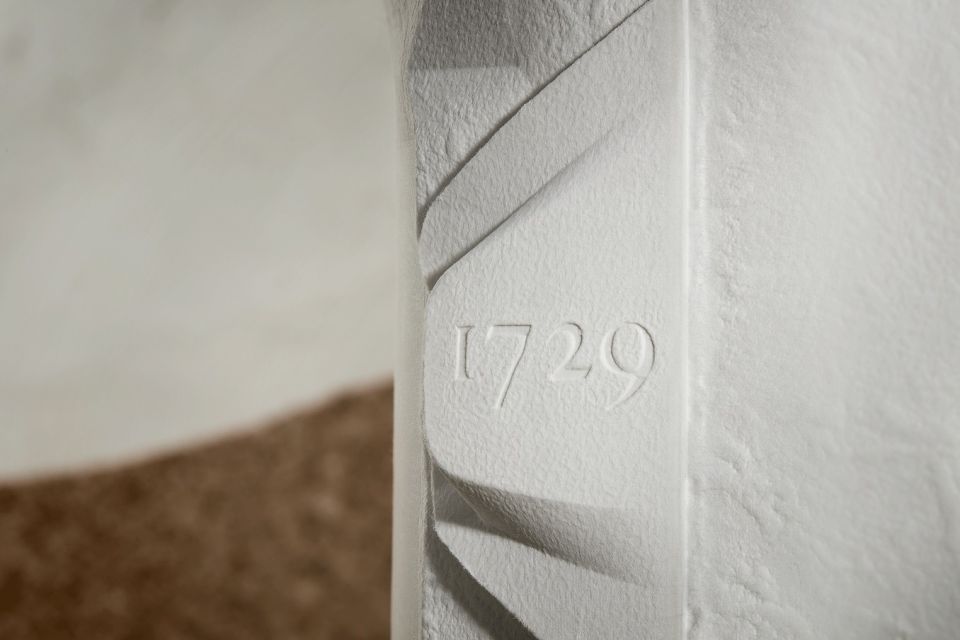 In 2020, Ruinart revolutionised its packaging with Colourform's new second skin case, which now envelops all its bottles.

Dom Ruinart's chalk wrap offers a new interpretation of this innovation. Velvety soft to the touch like chalk, it transforms this exceptional bottle into a sculptural object. The gentle reliefs and crevices crisscross, as if carved directly into chalky rock.

The discreetly engraved 1729 on the fastening button proclaims the heritage of Mason Ruinart, the world's first champagne house.

Colourform worked with Pusterla 1880 once again to launch another second game-changing packaging innovation for the luxury drinks market.

It evokes the unbreakable link between Dom Ruinart and the chalk, from the growing of the vine on chalky soils, to the time when the vintage is aged in chalk cellars. It illustrates savoir-faire and respect for nature.

Made from a single material, the moulded fibre wrap is formed using water, heat and pressure creating a truly unique and striking case.

The eco-designed packaging uses zero plastic and is 100% recyclable with paper. The electricity allocated to the production of the chalk wrap and all second skin products is 100% solar generated on site here in Cumbria.

The chalk wrap casing is 11 times lighter than the gift box previously used for the Dom Ruinart range, and over nine tonnes of paper is saved, compared to the old gift box. The new design has also reduced the brand’s carbon emission by 62%. 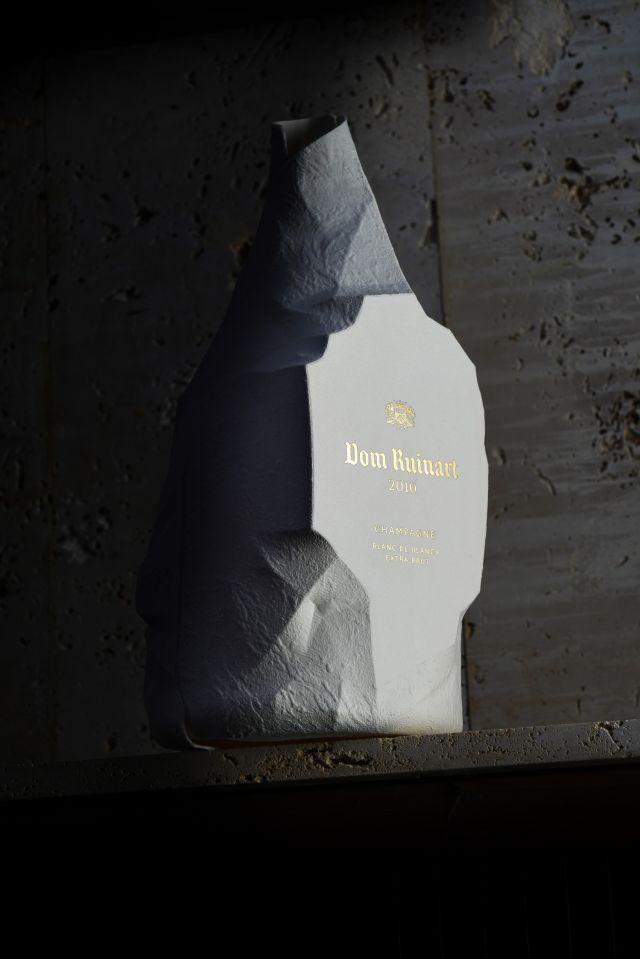 Velvety soft to touch, the chalk wrap transforms the champagne bottle into a sculptural object. The gentle reliefs and crevices crisscross as if carved directly into chalky rock. The design evokes the unbreakable link between Dom Ruinart and the chalk rock – born from growing the vine on chalky soil and the vintage ageing in chalk cellars. 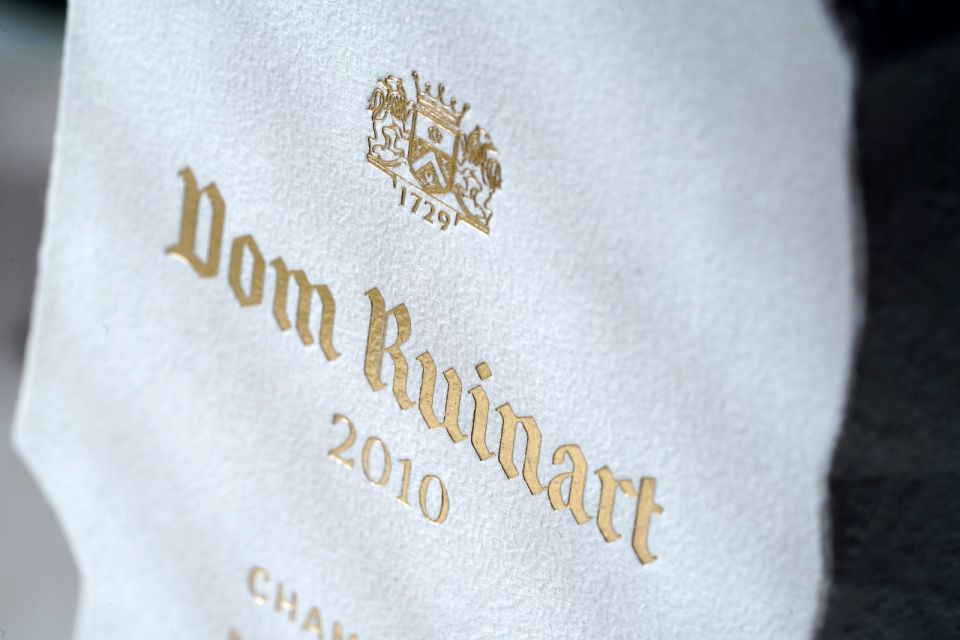 Previous bottles used a label and so the chalk wrap foiling marks the first time detail has been applied directly to the packaging. The Colourform team were delighted to be able to meet Ruinart's tightly specified brief with the fine detail required.

This hot foil stamping demonstrates the highest standard of craftsmanship especially for the crest and typography. The foil has been colour matched to the brand’s specification and also does not affect the recyclability of the whole product.

“We were given an open brief with freedom to create the next iteration of the Second Skin. The Dom Ruinart chalk wrap is an excellent demonstration of the capability that moulded fibre offers, and how our technical expertise continues to support Maison Ruinart’s commitment to sustainability."

“Accentuating the light and dark with shadows, the wrap creates a fascinating and unique casing and took a huge amount of detail and complexity to create. We used a chalk rock concept from the start, based on The Erratics art sculpture by Darren Harvey – Regan. We used real stone to add texture.

The clasp we added creates geometry with the shape, complimenting the overall design. We deliberately avoided using a single straight line or right angle to simulate the chiselled natural look of the chalk rock.

We even incorporated a nod to our own heritage with the valley section on the back, which was inspired by a local landscape here in the Lake District.” 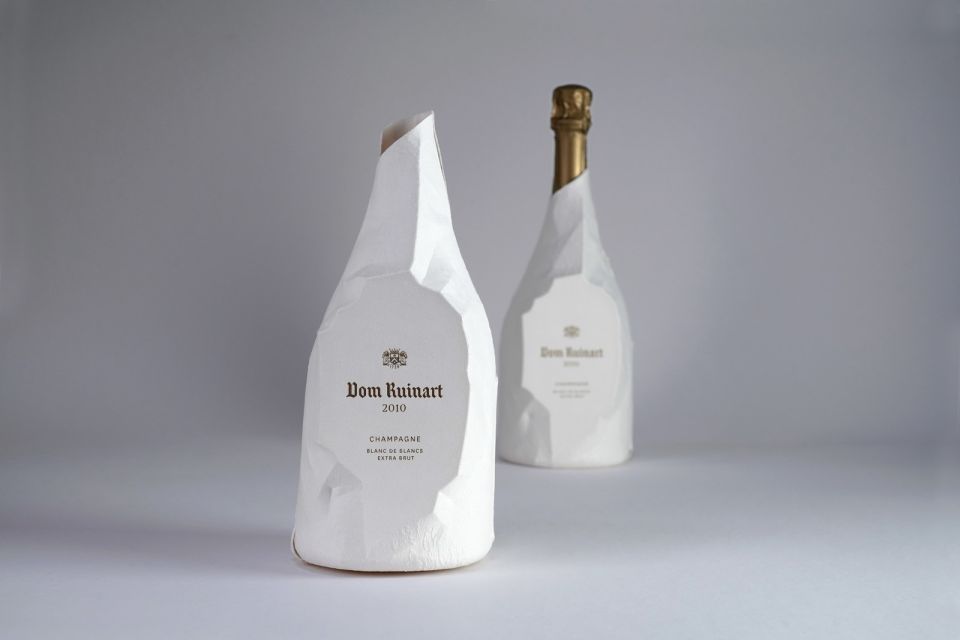